Fermat 1 and 2: From Trial and Error into Proof 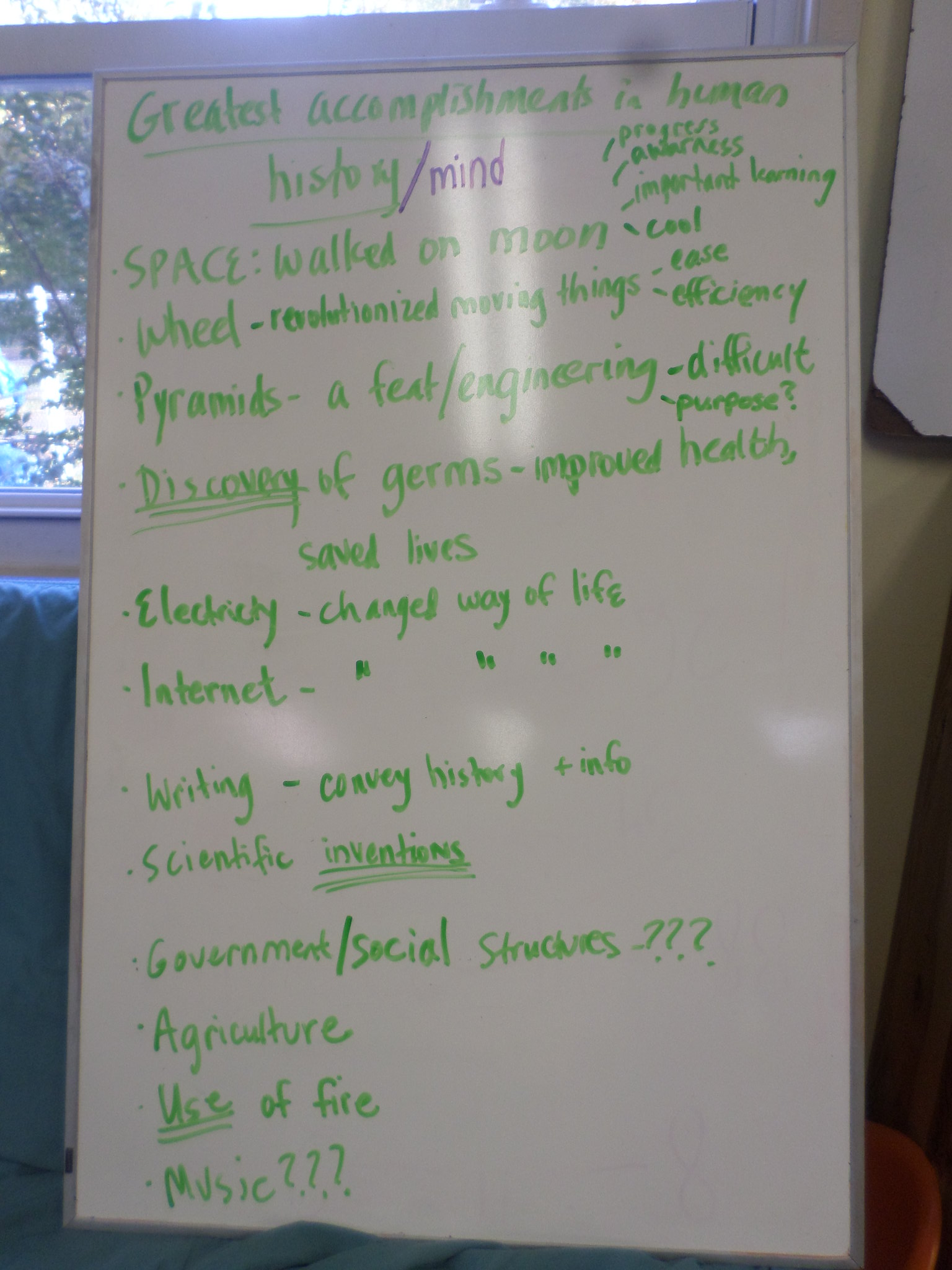 The students come to consensus on stating the assumption that necessity includes accomplishments that engender progress and that are relevant to all of humanity. Then they had some disagreement about the definition of progress (is that an absolute?), productivity, and purpose. They used the example of music to frame the debate. 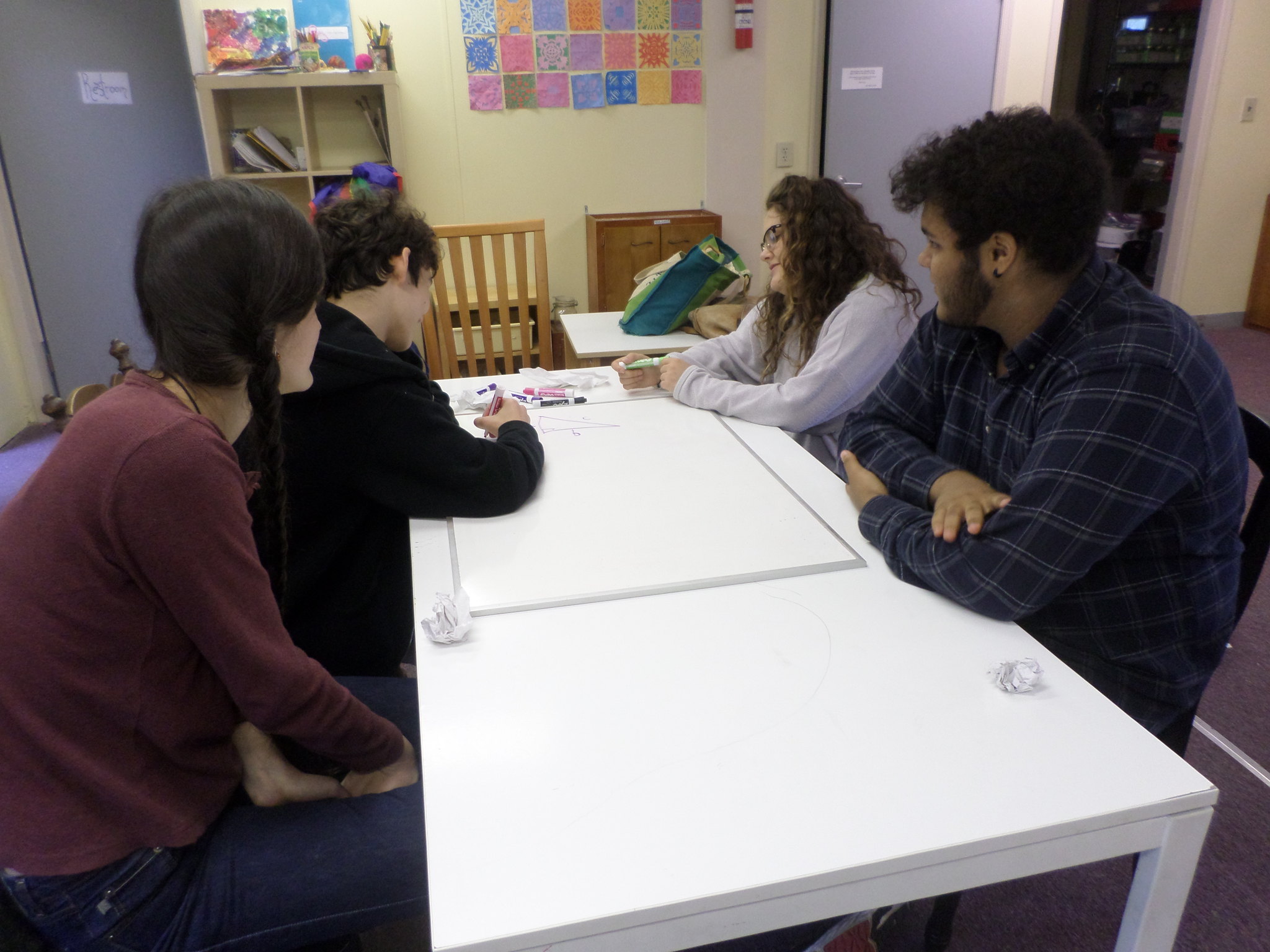 “What are the greatest mathematical accomplishments in history?” I then asked. The group didn’t know of many, but made the distinction between math as an art versus a tool. They decided to include both realms in their definition of great mathematical accomplishments:
• Archimedes (the math behind volume and leverage)
• Euclid (his work on collecting and organizing mathematical information)
• Cantor (set theory, infinity)
• Pythagoras (the Pythagorean theorem)

They reviewed the Pythagorean theorem – how it works and its usefulness. Then I introduced Pierre de Fermat. I told of his background as a civil servant trying to avoid the ire of Cardinal Richelieu, and a bit of the life of a math aficionado in those times. Then I introduced the problem that Fermat is famous for:

We talked about what is a theorem, what was Fermat’s answer to the question above, and why people call it his “last theorem.” The students hypothesized about why Fermat wanted to share his results without sharing his proofs of those results.

Then the students decided to use inductive reasoning to develop their own conjectures. We talked about how inductive reasoning is not a logic-based approach that mathematical proof can rely on, but how it can be used to find counterexamples for conjectures. (Mathematical induction, however, is a legitimate part of the gap-free logic upon which proof depends. We didn’t talk about induction in this session, but we will.)

TIME FOR A CONJECTURE

They got excited at a seeming pattern. They posited the conjecture that the larger the n, the further away an + bn is from an integer that is the nth power of an integer. There was a bit of a struggle to verbalize that conjecture, demonstrating the need of precision of language in mathematics. (If you can’t communicate your conjectures to others, what’s the point?) The students tested the conjecture for a while, but finally rejected it with a counterexample.

“Are we going to be able to do the Fermat proof by the end of this course?” asked R.

“No,” I said. “But you will have a good idea of the history and philosophy involved in the story, and an understanding of some of the mathematical methods and concepts people used to attack the problem over the centuries. Very few people in the world can understand the proof.” The students seemed satisfied, although of course they’d love to understand the proof of this seemingly simple problem.

MOVING FROM TRIAL AND ERROR INTO PROOF 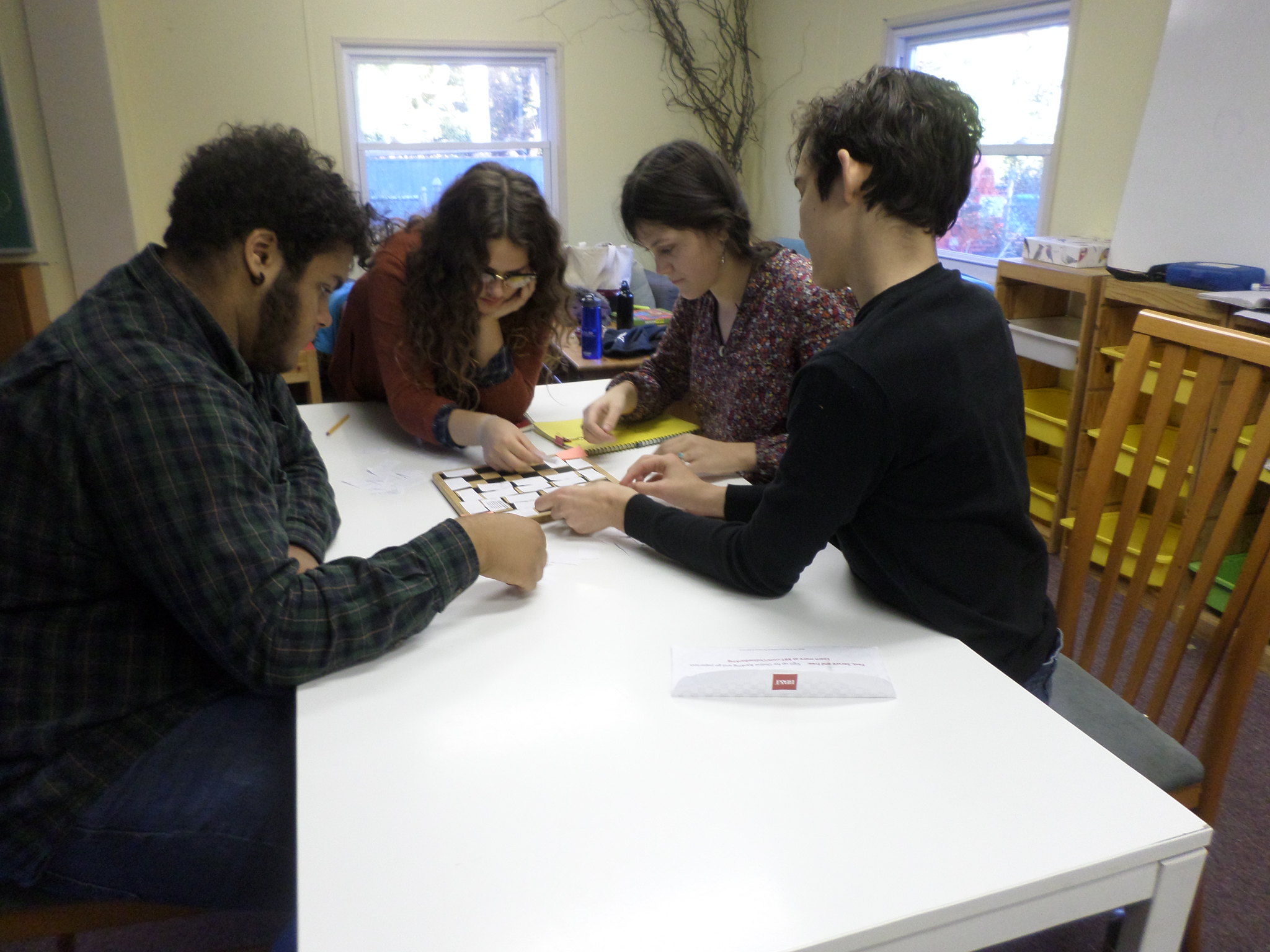 In week 2, I asked the students to solve the problem of The Mutilated Chessboard. They worked using trial and error for quite some time and suspected it might be impossible, but didn’t know for sure. They used the “changing the problem” tactic to gain more insight, but still lacked certainty. We then worked together on a mathematical solution that offered certainty. We then worked together on an algebraic proof of the Pythagorean theorem and two different proofs of the infinite number of Pythagorean Triplets. If we want to prove Fermat’s Last Theorem, we need better methods than trial and error so now we’re developing those methods.

“What else is Fermat known for, besides his last theorem?” asked W. I told them the storied history of Friendly Numbers, which may have been Fermat’s first brush with mathematical celebrity. This is discussed nicely in the book we’re using for most of the course material, Fermat’s Enigma by Simon Singh.

We then ended the session with discussion on why the proof of Fermat’s Last Theorem is considered such a great accomplishment. 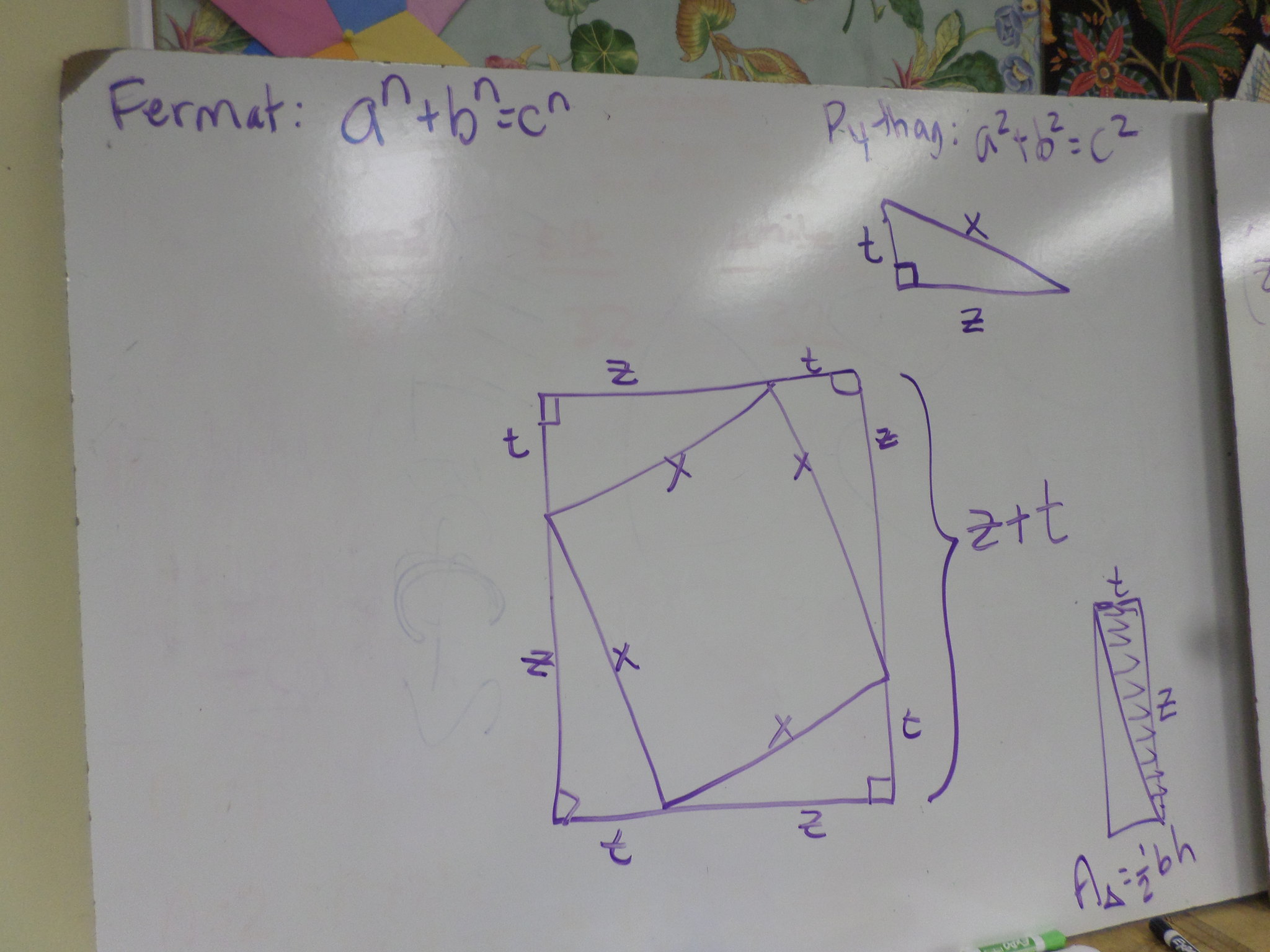 To view the full photo album from these sessions, click here.